The more I drive around the more I see a fastfood conspiracy starting to grip the nations amongst the christians. Here are my observations, and I submit them for your approval.

First we have Burger King. As the Picture Suggests, we know who THE King of all is, so there is really only one true burger King. 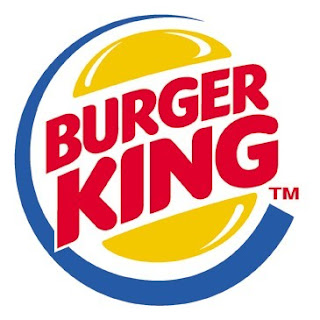 I have a feeling, if the company could get away with it the sign might look tile this: 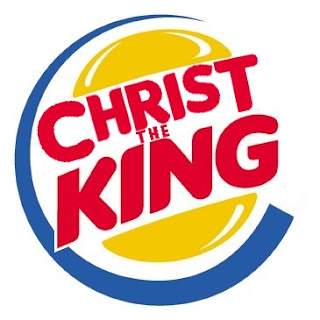 Next up is McDonald's. Golden Arches. Kind of resemble a gateway arches. Maybe the Golden gates of heaven. The company will claim that it is a giant "M" that stands for their namesake. But I say it is giant "M" for Mary the mother of Christ!

This one is kind of obvious.

Look closely. Popeyes is based out of New Orleans. Where else except in Catholic Louisiana would you find a papist loving restaurant called Pope Yes.

This resturant isn't really Christian so to speak. It is really satanic. Don't believe me? Look closly at the "S" and "Y" of the logo. What do you see? Arrows pointing the way? That's not what I see. I see pointed devil tails pointing the way to damnation. DOn't believe me? "Sub" is the prefix meaning "under" or "below". So really the restaurant is called the UnderWay . . . sounds devilish to me -- especially when compared to God's Highway in Is. 33.

Ok, last and most obvious, but also the most overlooked. Jack in the Box. Look closely at how the "O" and the "X" are joined together. Hmm doesn't it strangely look like the "Jesus Fish"? So shouldn't it be called Jack in the B"Jesus Fish"? This might be considered the meeting place for hordes of Christians. Next time you are there don't be surprised if they have replaced the toy in the kid's meal with a Chick Tract. 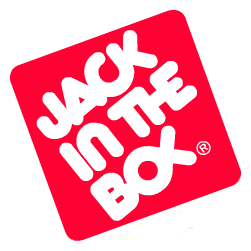 Pablo Gato,
You are hilarious.

"Jack in the Bichthus," heh-heh!