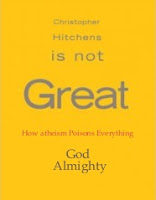 Once again we have another great composer of claims who fails to support any of those claims with valid logic. Wit is nice, but intelligence is even better.

Arguments summed up like this:
Claim: There is no God
Proof: Because I think there is no God.
Reason for Belief: Christianity is hard.

It is easy to stand on the outside and poke fun at those people on the inside, but dang it, at least first take the people you are making fun of seriously. If you can't take something seriously, no rights should be given to those comments made by said unserious person, for how can an unserious person even begin to comment upon a serious subject? Why is it always the case that belittlement and snickery are the instruments of those people who are too simple minded to see past the end of their own noses.

Claim: The Bible contradicts itself
Reason: Because it appears to be the case. (eye for an eye ----- love your neighbor)
Reason for belief: 1. Doesn't take the bible nor the religion seriously, so he won't do the research to discover the real meanings of the biblical texts. 2. If the Bible doesn't contradict itself then one's attitude and lifestyle must change.

In short, this is just the same recycled garbage that has been around for 1000s of years, even more so over the last 200. After all, there is nothing new under the sun. Please Mr. Hitchens please stop thinking, or if you do think at least try to be original about it.
Posted by Paul Cat at 10:02 PM