The Walk to Emmaus and Jesus' Glorified Body 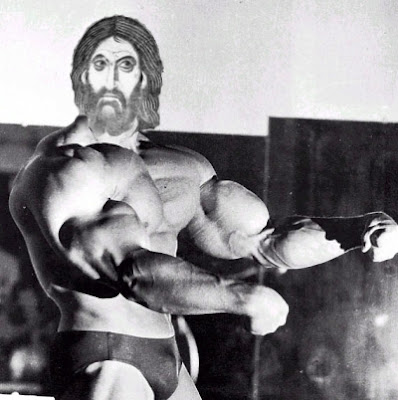 Key Passage: "But their eyes were kept from recognizing him."

Context: After the resurrection, Jesus appears to a couple walking to Emmaus. They did not recognize Him.

Is it any wonder they did not recognize him if his body was glorified?
Posted by Paul Cat at 9:11 AM 2 comments:

Jesus and the Gospels

Ok, after a grueling 3 weeks of class, I finally finished with the majority of my classes. I manged to contract some sort of virus that I can't seem to shake -- lots of coughing and stuff, so I've been a little under the weather.

Anyway, The class that I enjoyed most was Jesus and the Gospels taught by Dr. Brant Pitre. Dr. Brant, if you aren't familiar with his methods, spent a good chunk of the class doing biblical exegesis from a Catholic perspective. He held true to the Catholic Church's teachings and documents on scripture, especially Dei Verbum and Sancta Mater Ecclesia, which proved scandalous to a number of the catholic students at a catholic university (What do you mean the Catholic Church is right and has research to prove it?). His area of expertise is Ancient Judaism and New Testament Studies; in other words, he looks to ancient Judaism to shed light, meaning, and context on the New Testament. I also learned how bad the cross references between the New Testament and the Old Testament are in my bible.

In short, taking a class from Dr. Brant is like learning to read the Gospels anew and having it actually make sense. I left my final yesterday feeling as if I had just read the Gospels for the first time.

Dr Brant is still working on a book on the Jewish Roots of the Eucharist. He told me a little bit about it and it sounds like a sure fire hit. He shared some things about his research, that he asked us not to repeat, that are phenomenal. It might be difficult to ignore the reality that the Eucharist might have its roots in ancient Judaism. Just Check out Exodus 24 and 25 and see if you can make the connections to the Last Supper. The kicker comes not from the internal biblical research but from external ancient Jewish writings.

Be sure to check out some of his bible studies. VERY reasonably priced. They are done by Catholic Productions.
Posted by Paul Cat at 8:25 AM No comments:

Email ThisBlogThis!Share to TwitterShare to FacebookShare to Pinterest
Labels: Jesus

Sorry to all the readers of Alive and Young. I am going on a blog sabbatical due to the 8 hours of grad school classes that I am taking right now. Super busy. Not much time to do more than Sleep, Eat, and Study...sleep is really optional. Anyway, prayers are appreciated. I should return in about a month.

Oh, and don't forget to check out one of my professor's sites. Brant Pitre. Also check out the blog he does with Michael Barber over at Singing in the Reign. Brant is teaching Jesus and the Gospels this summer at one of his Alma Maters, The University of Notre Dame.

Prayers are greatly appreciated, so that I maintain a healthy level of insanity.

When will the ACLU realize that the public square need not be naked?

The American Civil Liberties Union sued the city of Slidell on Tuesday for displaying a painting of Jesus in a courthouse lobby, saying it violates the constitutional separation of church and state.

Email ThisBlogThis!Share to TwitterShare to FacebookShare to Pinterest
Labels: Jesus 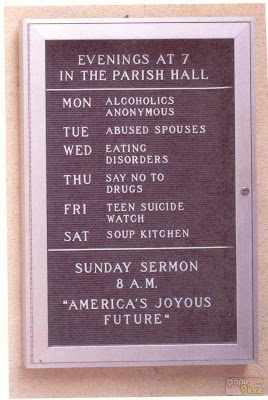 Email ThisBlogThis!Share to TwitterShare to FacebookShare to Pinterest
Labels: america

§124 . . . Let bishops carefully remove from the house of God and from other sacred places those works of artists which are repugnant to faith, morals, and Christian piety, and which offend true religious sense either by depraved forms or by lack of artistic worth, mediocrity and pretense.

Translation into lay terms:
1. Don't use ugly stuff in your church.
2. Don't use art that requires a Phd as a prerequisite for interpretation of said art.
3. Get the bishop to remove that ugly uninspiring work of art. (Of course, have him do it in the most charitable of ways.)

Which Picture of Mary do you prefer? 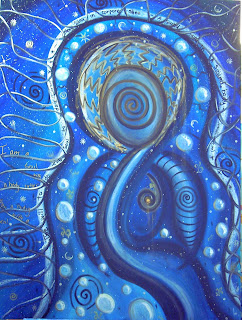 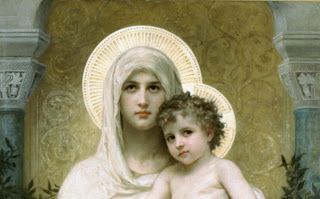 Email ThisBlogThis!Share to TwitterShare to FacebookShare to Pinterest
Labels: vatican 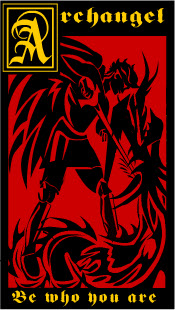 This is no joke. This is Archangel Cologne.

Are you Angelic enough to wear this stuff? Click on the link to find out more.