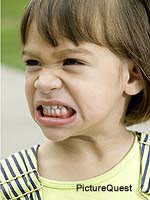 To Whom it May Concern:

I wish to file a formal complaint against the Santa & Co. who, in my personal opinion, has preformed at a less than professional level and also failed to acknowledge the universal, verbal contract that exists between Santa & Co. and every person in the world that states that the quantity and quality of presents received on Christmas morning from Santa & Co. is directly related to the degree of niceness or naughtiness that the individual has been throughout the previous year. I file this complaint specifically for the violation of said verbal agreement mentioned previously. The behavior I exhibited this past year was clearly Wii worthy: I did not throw spitball at my teachers this year, I only received punish work a total of 2 times, I only got into no school yard fights, I put sugar in the salt shakers only twice this year, I helped mom with the garbage, I helped sis with her math, and I did not break my bat over Tommy’s head this year.

As you can see from the above, I have behaved at a level that is far superior to any of the other kids on my block who, might I add, all received Wii’s this year for Christmas. Unlike the other kinds on the street, I did not do drugs, I did not engage in illicit behavior, I did not do any illegal activity, I did not launder money, nor did I have any of my enemies knocked off. I can only imagine that this mistake might be due to a clerical error, perhaps one of the workers in the main office failed to double check the list to determine that my behavior had improved through the course of the year and was indeed Wii worthy.

To be honest, I am dumbfounded how my behavior was only worth three cans of Spam, a shrunken head, and a half smoked cigar. This leads me to inquire as to whether or not I was even included on the list this year, for the stuff I received makes me believe that my parents were trying to fill in for the Santa & Co. this year. If I was left off the list this year, that would explain the mistake, and I ask you to forward my Wii to the Easter Bunny who should deliver it promptly on Easter Sunday along with Cadbury Crème eggs and a bag of jelly beans – please no black jelly beans this year, they are gross.

However, if I was not left off the list and my Wii worthy behavior was not overlooked by a clerical error but was a blatant denial of good, decent, honest, behavior then I will have to seek legal action from the law offices of Dewey, Cheatem, and Howe.

Also, my mother was very upset at the crumbs and footprints your CEO left all through the house.

Thanks you for your time and consideration. I await your reply in a prompt manner.

Email ThisBlogThis!Share to TwitterShare to FacebookShare to Pinterest
Labels: satire