The Race Card: Will a Obama Ease Racial Tensions? 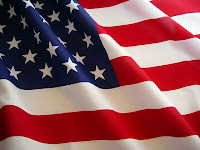 Every morning, before the start of the school day, a student in a city, whose majority population is African American, goes out to his high school's flag pole and does what has always been done at this school for the past 100+ years: he raises the American flag.

Except this morning it was the day after the presidential elections, and America had its first black president (or so how the media is portraying it). The older generations would refer to this man as a mulatto: a person of mixed black and white ancestry. The younger generations don't know exactly what that means, but the older people do. To the older generations a mulatto wasn't white, and he wasn't black either and was often shunned by both ethnicities. He was exactly what he was: a mulatto. One might see within this man -- our new president of mixed race -- the apex of the American melting pot, and what better person to represent American culture than one who is culturally mixed? Nay, the media misses this point. With one foot in two camps the media failed to find him white enough to be mixed but still dark enough to pass as being African American: as if the sole identity of a person lies only skin deep.

On this morning following the presidential election, the student goes to the street corner, clips the flag to it's rope, and begins to raise the American flag. At this time a school bus filled solely with African American students drives by on its usually route. With American flag en route to its' daily resting place, a number of students riding the passing buss hang out the window and start yelling, "F**K YOU WHITEY! WE GOTTA BLACK MAN IN CHARGE!" and "WE GOTTA N*G*A IN DA WHITE HOUSE B***H!" These taunts and jeers, and other like them, continued until the bus was out of ear shot. Confused by what just happened the student finished raising the American flag and goes into the school building trying to make sense of this experience.

It really makes me upset that this happened to one of the students at the school I work at. I'm sure the president-elect would not approve of such behavior. I would love to makes some comments about this experience, but I am a bit tired. So I will just leave it at: no one ever said the fight for christian unity was going to be easy.
Posted by Paul Cat at 4:09 AM

I would love to make some comments about this as well, but I find myself at a loss for words. It saddens me that things like this should occur.

Not for the first time, Jesus weeps.
We have so much work ahead to continue healing the racial divide. Bless your heart, Paul.

Very discouraging. I am positive President Elect Obama would NOT approve. My hope and prayer is that President Elect Obama will be a role model for the black community, in fact for ANYONE IN THIS COUNTRY...a black man who is married to his children's mother and is involved in their lives, who has overcome obstacles to become successful.

There are times I don't miss living in the South.

Not that there aren't tensions and discrimination in MN. Plus the whole Native American thing, that I was clueless about before moving here.

Hang in there Paul.

I'm more than willing to throw in comments:

1. Such behavior should be condemned. This idea of that having a black (half) in the white house is going to cure racial tensions...garbage.

2. This incident only refers to what I feared at my blog, what could happen. A kind of flipping of the tables so to speak.

I think (our) President-Elect Obama will truly show what the Democratic Party stands for: lying and misleading poor African-Americans. After 4 to 8 years of his presidency they will they see that he is like every other Democrat, full of rhetoric and empty promises. At the end of his term the plight of poor blacks will still be unchanged. I pray that I am wrong. My one hope is that he will be the person to bridge the race gap and undue the ill-feelings due to our pathetic history racial discrimination.