I received in the mail a letter asking for donations to the Annual Fund. The letter comes with a prepaid and self addressed envelope to mail my donation back to the university. My donation comes in the form of a letter. I feel like this whole situation is like giving a kid a condom while telling him not to have sex, or perhaps it is like giving the chubby fat kid a piece of his favorite chocolate cake then telling him not to eat it.

I will forever be grateful for the opportunities that being both a student and a graduate of the University of Notre Dame has allowed me. It has opened doors for me and connected me with individuals that I would not have initially expected.

For many years Notre Dame had been synonymous with success, with being first. However, a recent incident has allowed Notre Dame to slip from being seen as the best Catholic university in America. Notre Dame has now become synonymous with being second. People around the country are questioning its catholicity. I do not blame them, for even as an Alumni the recent news of President Obama‘s speaking engagement at the University has me questioning the mission of my Alma Mater.

It is this reason that I cannot donate money to the University’s Annual Fund this year. By allowing President Obama, a Preident whose legacy is yet to be determined, to not only speak but to also receive an honorary degree from the University only sends a very mixed message to not only Catholics but also to those faiths who look to Catholicism for its inspiration and guidance and also to the country as a whole.

• He if a stern supporter of the homosexual lifestyle and marriages.
• He supports sex education by Planned Parenthood to children as young as 5 years old.
• He has a voting record that consistently supports abortion.
• He believes in using tax payers money to fund abortion.
• In July of 2006, he voted NO on notifying parents of minors who get out-of-state abortions.
• In March 2005, he voted YES on $100M to reduce teen pregnancy by education & contraceptives. (Sex education starting at age 5 and contraceptives, which act as abortifacients.)
• As demonstrated on his campaign trails, he views children as a punishment for someone who gets accidentally pregnant.

I know there are more issues than abortion that one must look at when voting and considering a politician, but when considering one who is so obviously anti-family and anti-life, the alumni and student body is being forced to swallow a difficult pill.

I apologize to the students who might have benefited from my donation. I would rather send my money to an institution who has leaders that are not interested in misleading and confusing the masses of a country.

Posted by Paul Cat at 7:30 PM 4 comments: Links to this post

I thought that legalizing abortion was supposed to end back-alley abortions. Apparently it hasn't. It's kind of like how ending prohibition did not stop all the moonshiners from making their moonshine.

intended to abort livestock, reports one of the nation's oldest and most influential pro-life organizations.

poison and risking death in these modern-day back-alley abortions, rather than bear their child in love," asked Judie Brown, president of the American Life League.

Posted by Paul Cat at 12:23 PM No comments: Links to this post

A Game of Hope: How Loosing Feels Like Winning

I'm not sure what to make of it at the moment, but I like it. If your are prone to tears be sure to grab a tissue before pressing 'play'.

Posted by Paul Cat at 9:38 PM No comments: Links to this post

Another Examination of COnscience (for Teens)

I'm always on the look out for good ideas. Here is something that might be functional for some readers.


Examination of Conscience for Teens
Publish at Scribd or explore others: Academic Work Religion & Spiritual Religion-Christianit examination of consc
Posted by Paul Cat at 10:47 PM 1 comment: Links to this post

Email ThisBlogThis!Share to TwitterShare to FacebookShare to Pinterest
Labels: Sacraments 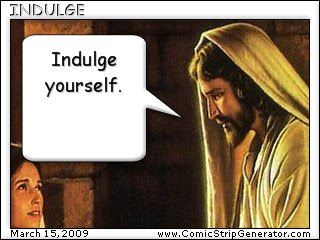 Posted by Paul Cat at 7:22 PM No comments: Links to this post

Goethe on Love and Drink

I heard Notre Dame's Glee Club preform last night at Holy Name of Jesus Church in New Orleans. Very impressive. Very good. One of the songs was by Felix Mendelssohn called "Drinking Song". It was a quote from Goethe. The quote that Felix set to song is below.

As long as a man is sober, he finds bad things to his liking; when he has been drinking, then he knows what's right. But overindulgence is only a glass away; Hafiz, do teach me how you understand the matter. For my opinion is no exaggeration: a man who can't drink shouldn't fall in love. But you drinkers shouldn't boast of this; a man who can't fall in love shouldn't drink.

Posted by Paul Cat at 8:56 PM No comments: Links to this post 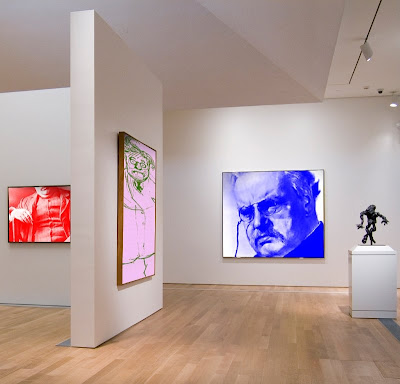 With the help of WriteOnIt and a little image editing of my own, I made this little Chesterton gallery.
Posted by Paul Cat at 10:32 PM 1 comment: Links to this post

Email ThisBlogThis!Share to TwitterShare to FacebookShare to Pinterest
Labels: Chesterton

Ever wondered what gets taught at those fancy schmancy ivy league schools. That is, what gets taught beyond teaching the students how to speak in a funny off-but-not-quite british accent and how to tie sweaters around one's neck before going to pick up Buffy to play a round of golf (or tennis)?

Well, now you can find out for yourself from Academic Earth. Academic Earth also has lectures and entire courses from other not so fancy schmancy classes available for your viewing pleasure.

Here is the link to professor Christine Hayes' Old Testament Class. Personally, from the description of the lectures it sounds like literary criticism masked as scientific evidence. Though, some of the lectures do look interesting, and I'm sure something can be learned that was not already known.
Posted by Paul Cat at 7:39 PM No comments: Links to this post

Email ThisBlogThis!Share to TwitterShare to FacebookShare to Pinterest
Labels: Education 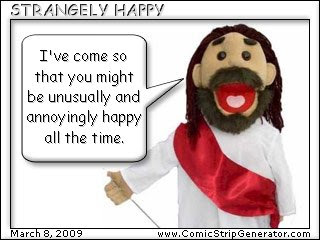 Posted by Paul Cat at 12:33 PM No comments: Links to this post

Jesuit Obedience and the Legionaries of Christ

My Co-worker Nathan, with whom I share a desk and who is also a Jesuit and who is also a great help with the campus ministry retreats, wrote something while on Mardi Gras break, and Catholic Exchange picked it up today. I had no idea my co-worker even had a blog. Well, you learn something every day.

His article is worth the read. His article is titled "Jesuit Obedience and the Legionaries of Christ". The same article can be viewed at Catholic Exchange also. I know from my experience with LC/RC, as I did much with them in college for it was really the only place I could go to get any kind of Catholic formation that was not based on feelings and sharing, that he makes very valid points and sound observations. I will say that the RC/LC retreats that I went on were some of the best retreats I have ever attended thus far. The LC priest had a way of giving spirituality, prayer, and Catholicism a masculine appeal in a manner that was not against the world but for the world and for Christ. I often heard it said by this LC priest in my area that (and I do paraphrase here) we should be doing all things for Christ and for the love of Christ. No matter how big or small -- like St. Therese the Little Flower.

Since getting this little bit of spiritual advice that I have probably hear 100 time from parish priests but for whatever reason never stuck till this LC priest said it, I often find myself saying the phrase "For the Love of Christ" when I am faced with something I do not feel like or want to do. It certainly puts things back into perspective.
Posted by Paul Cat at 9:00 PM No comments: Links to this post

Email ThisBlogThis!Share to TwitterShare to FacebookShare to Pinterest
Labels: other blogs

I was searching for some new templates to use with iWork Pages. Yes, I do use and own a Mac, but I will spare us all from the Windows v. Mac argument -- I think it is stupid. Anyway, I ran across this template for iWork uses aimed at NFP users. Clicking on the image should allow you to download the template directly.

Eshinee has submitted an excellent template that will have any couple looking forward to having a child jumping for joy! This template is designed to work with the Natural Family Planning principles. It should be used with a proper NFP manual, such as is freely available from websites like - http://www.nfpandmore.org/. I really hope that you will enjoy this template.

Email ThisBlogThis!Share to TwitterShare to FacebookShare to Pinterest
Labels: babies 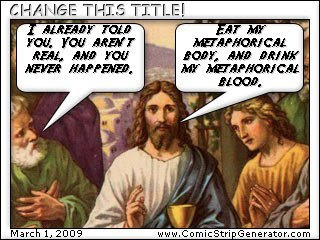 Posted by Paul Cat at 2:25 PM No comments: Links to this post

Is Atheism More Rational Than Theism?

This is an Interesting article I just found over at the Wall Street Journal.

On the "Saturday Night Live" season debut last week, homeschooling families were portrayed as fundamentalists with bad haircuts who fear biology. Actor Matt Damon recently disparaged Sarah Palin by referring to a transparently fake email that claimed she believed that dinosaurs were Satan's lizards. And according to prominent atheists like Richard Dawkins, traditional religious belief is "dangerously irrational." From Hollywood to the academy, nonbelievers are convinced that a decline in traditional religious belief would lead to a smarter, more scientifically literate and even more civilized populace.

The reality is that the New Atheist campaign, by discouraging religion, won't create a new group of intelligent, skeptical, enlightened beings. Far from it: It might actually encourage new levels of mass superstition. And that's not a conclusion to take on faith -- it's what the empirical data tell us.

Posted by Paul Cat at 2:16 PM 6 comments: Links to this post