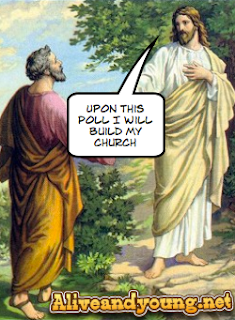 Email ThisBlogThis!Share to TwitterShare to FacebookShare to Pinterest
Labels: Jesus, Not Said

American understanding of conscience:  Whatever I feel or think to be right.  For an extreme instance, "My conscience tells me it is right and ok for me to torture puppies."


Deep within his conscience man discovers a law which he has not laid upon himself but which he must obey. Its voice, ever calling him to love and to do what is good and to avoid evil, sounds in his heart at the right moment. . . . For man has in his heart a law inscribed by God. . . . His conscience is man's most secret core and his sanctuary. There he is alone with God whose voice echoes in his depths (Catechism of the Catholic 1776 quoting Gaudium et Spes 16).


So until America regains the lost guiding principle of a person's conscience being rooted in truth and foregoes the poison of moral relativism, a conscience clause will not happen.
Posted by Paul Cat at 6:00 AM No comments:

Email ThisBlogThis!Share to TwitterShare to FacebookShare to Pinterest
Labels: Jesus, Not Said

St. Jose Maria on Freedom, Error, and the HHS Mandate 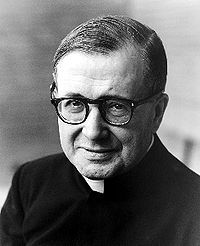 This quote from St. Jose Maria Escriva fits nicely for the current state of America as well as the HHS Mandate that is in the works.

Order, authority, discipline... They listen, if they do at all, with cynical smiles, claiming that they — both men and women — are defending their freedom.

They are the very people who later pretend that we should respect their erring ways or adapt to them; with their scurrilous protests, they do not understand that their behaviour is not — it cannot be — accepted by the authentic freedom of the rest. 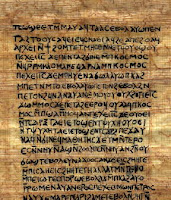 A recent discussion I was having with a friend who couldn’t understand why Catholics are so mad at Obama.   He Writes:  On contraception mandate: Antonin Scalia said himself in "Employment Division vs Smith, 1990" that religious liberty is insufficient grounds for being exempt from laws.  If so, there would be nothing to stop me from forming my own religion that requires me to on peyote at all hours of the day. Scalia says that putting religious liberty over universal laws, "would be to make the professed doctrines of religious belief superior to the law of the land, and in effect to permit every citizen to become a law unto himself." Do you have a response?  Maybe about the case--maybe not--but even better the reductio argument he presented.....   he raised a good point, I think.  What is a good response ( I am struggling with this myself) Any help you can offer would be appreciated,

Peyote, a kind of hallucinogenic, is an illegal substance; however, it is usable to a limited degree in the Native American Church for non-recreational religious purposes.  This was decided in 1991 by the 5th circuit court in the case "Peyote Way Church of God v. Thornburgh."

The Native American use of peyote in religious rituals predates the founding of the United States and America.  Likewise, the Catholic Church has had a consistent ethic on its teaching prohibiting the use of birth control and abortion.  A late first or early second century document know as the Didache -- but whose full title is The Lord's Teaching Through the Twelve Apostles to the Nations -- states, "You shall not practice birth control, you shall not murder a child by abortion, nor kill what is begotten” What the government seems to ignore is the Catholic Church's prohibition is not a mere idea coined in the 1960 by "Humane Vitae."  It is a long deeply held belief that human life at any stage of development is valuable.

The fact of the matter is that the government has a historical precedence of making exceptions for religions.   For instance, even during prohibition the government allowed certain amounts of wine to be made, distributed, and consumed specifically for religious purposes.  Another example can be likened to Catholics who administer to minors the Body or Christ under the species of wine. The Catholic Church is except from the law that forbids providing alcohol to minors when done in the context of the Mass.  The real question is will the current government be consistent in what has been allowed in the past?  Will the federal government continue to allow of Churches to be exempt from certain laws?