From a Guy's Perspective: Should Girls Wear Bikinis? 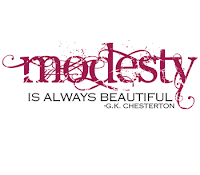 I am always bothered by the modesty issue surrounding girls’ swimwear and most specifically the bikini.  Should girls wear to what amounts to being little more than water proof undies?  Well, I’m not going to answer that question.  I’m a guy, and I really think the bikini issues should not be an issue.  Too many of the remedies offered for immodest swimsuits only scratch the surface of a larger problem.
The most common argument I hear from others for the reason why girls should not wear a bikini boils down as follows: help a guy to protect his eyes, or be modest for the boys in your life, or some variation of that argument.
As a guy, I am insulted by that line of reasoning because I feel it makes men out to be lust machines capable of only staring at a woman's butt, breasts, and abs.  It makes men appear weak willed, sexual beasts only interested in one thing when they get a glimpse of a girl’s upper thigh.  This view does nothing to raise up guys and increase the expectations from the boys in our culture.  We might as well just roll our eyes and say “boys will be boys.”  If a girl really is worried about guys staring lustfully at her, I'd have to ask the question as to where in the world does this girl hang out that guys can't help but stare and lust?  Like I said previously, if you want to tackle the issue of modesty by addressing clothing only, you are missing the point and doing it wrong; it amounts to what would be like trying to treat cancer with two Advil.
Girls, if you really want to help guys, modesty begins not with the clothes you wear or the swimsuit you decided not to wear to the beach, but in the heart and mind.  Later, the mind and heart is expressed in your words, deeds, and choices.  St. Francis de Sales would agree when he said, “Our words are a faithful index of the state of our souls.”
The bikini or tankini or mankini question is only a surface issue.  It misses the real problem.  For every guy friend or boyfriend that looks upon a girl with lust there is a girlfriend who tolerates it.  For every guy that acts like a jerk towards a girl, there is a girl who tolerates it. For every guy who calls a girl “hot” there is a girl who is tolerant of his language.  This is where girls fail guys most on the modesty issue.
I learned a lot about how to treat girls not from my family but from a few female friends in college.  Some lessons were hard learned and sometimes embarrassing or at least awkward.  How was I supposed to know?  I have only one older sibling: a brother.  Moreover, I attended an all boys’ school from grades 6 through 12.  While is school I was too busy with athletics, music, and academics, I didn’t have time nor the interest in dating.  So what did I know about girls upon entering college?  I was supposed to get the door for them.
However, I became friends with a few girls who were like sisters I never had.  We were interested in building each other and helping each other become better people.   So whenever I said something inappropriate or uncouth in their presence they would call me to task on it.

“She’s hot,” I’d say.
“Let’s not refer to people in terms of degrees of temperature.  People aren’t bowls of soup,” my friend would reply. “What did you mean to say?”
“She’s pretty.”
“Well just say that.”

I didn’t know at the time what my friends were doing, but they made me take inventory of what I said.  When I called the girl “hot” I was objectifying her.  Making her into a thing to be used and not seeing her as a person to be loved.  She was little more than hot coffee or iced coffee, and medically speaking the only time a person should be hot is when they are sick.  On hindsight, it makes perfect sense as to why my friends focused on language for they were journalism majors who were taught that language and words have the power to change the way a person thinks.  This is exactly what they helped do for me.  By changing how I spoke about girls changed how I thought about and how I viewed girls.
So girls, if you really want to focus on modesty, call all your guy friends to task on their immodest behavior and their immodest language.  Help them to think differently about girls, so that they can see you are the beautiful person you are.

This was written in a somewhat for a reply to "The Bikini Question"
Posted by Paul Cat at 2:38 PM

thanks for sharing, always happy to hear a guys perspective on the subject of modesty - people don't listen as much to womens objections that modesty talk is insulting to guys.

Great post! Thanks; I need to help guys in my life and teach them like your friends did.

Awesome post and really productive work.I am completely agree with the points that you have given.
http://www.apparelnbags.com

This is the most beautiful reply to the "modesty" issue I know.

By the way, we women aren't trying to tempt men with what we wear, either. We're just wearing stuff we like to wear. :)

I feel like the following two videos do a good job addressing this topic as well:

The Evolution of the Bikini (Jessica Ray) - http://youtu.be/YDUlDXBgLH0

Its an incredible joy perusing your post.Its brimming with data I am searching for and I want to post a remark that "The substance of your post is magnificent" Great work.
sims 4 update